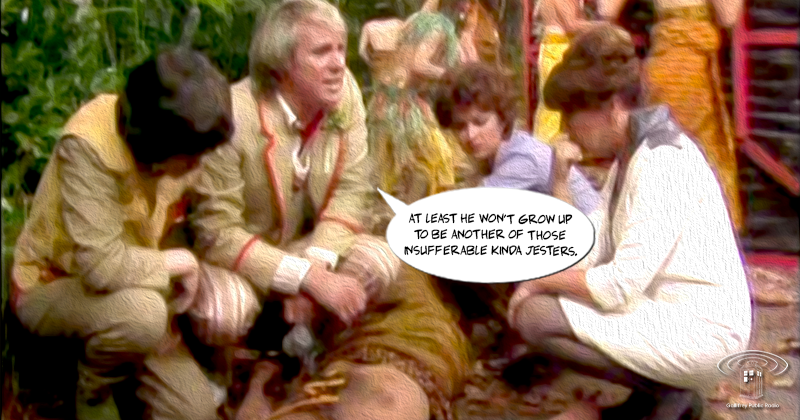 Sweet dreams are made of these

Nyssa’s nap sounds like a good idea, so Tegan takes a rest in a most inopportune location on the verdant, seemingly paradise planet of Deva Loka. You’d think on this show that the characters would realize that nothing good — absolutely nothing — from splitting up the party. And yet, here we are…

There’s an abundance of concurrent crazy to contend with in the Series 19 off-world adventure, from colonists, to dream-invaders, to Adric trying to pilot an emotionally-driven safari robot suit. While the plot itself is easy enough to follow, we struggle a bit to find the joy in the execution, as a number of world-building elements never get fully realized, while others seem unnecessarily belabored. We agree that performances are the true gems in the story (Janet Fielding in particular is fantastic), but at numerous points there seem to be too many lunatics in the asylum, and not enough time spent giving any one point of conflict enough to bind it all together enjoyably.

The story does have a history of being somewhat “love it or leave it”, so we welcome the input from listeners who consider ‘Kinda’ to be an exemplary Fifth Doctor installment!

Classic Rewatch: Enemy of the World

Classic Rewatch: The Invasion of Time