Technology is an amazing thing. To think that over the span of little more than 60 years, we’ve gone from “supercomputers” the size of an office building, to one that can fit in your skinny jeans’ pocket, is really incredible when you stop to think about it. Decades ago, the only really powerful processing machines were in the hands of either universities, or the military, and the first thing they thought to do was to harness their collective power by finding some way to link them together, to allow a fuller scope of their reach, and ability, and control, and domain… (Wait. Are we talking about Doctor Who here, or the first Terminator movie?

This week, our GPR team foolishly boots up WOTAN to rewatch the Hartnell serial, “The War Machines”. With last moments spent with a brainwashed Dodo, and incoming (unexpected) companions Polly and Ben, there’s literally terror on the streets of London, as the metal fist-wielding, death-steam belching war machines play havoc with the British populace, at least until an electromagnetic wrestling ring can be constructed around one. Our esteemed First Doctor feels right at home as an impromptu field general, and shows sides of his complex persona we may not witness again until his Third visage is put in play. Seem a little unusual? It certainly is, and we’re right in the thick of it to enjoy the highs and the lows of this rather unorthodox classic story. 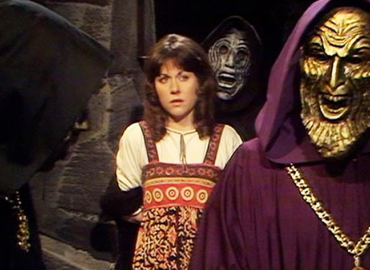