Steven Moffat is an evil genius. No one can truly deny that. From the stolidly creepy Empty Child, to the genuinely terrifying Weeping Angels, to the all too forgettable Silents (get it?), he has a hotline to our childhood fears and he makes regular calls. He is also adept at bringing forth the tears, a la “Angels Take Manhattan”, or killing Rory, again and again. The man in unquestionable a brilliant writer.

But how does he stack up as a showrunner? There is some serious “Moffat Hate” out there, but is that simply a very vocal minority? Does his freedom and lack of supervision lead to a lack of control? We explore these and many other aspects of the man, the myth, the Moff. 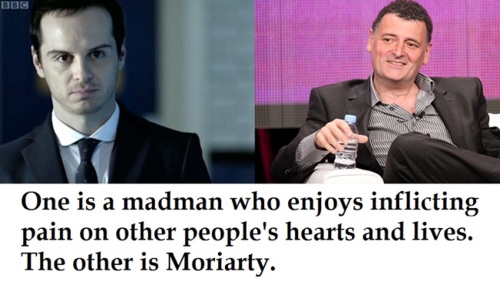 Moffat’s Writing Credits in Doctor Who