In 1963, the world was introduced to the alien horrors of the “homicidal trash bins” known as the Daleks. As terrifying as they were to the audience of the time, there may yet have been a sense of separation from this manifestation of evil, as we (through the eyes of the TARDIS team) met them millions of years in the future, on their strange planet of Skaro. When next we find them, however, the dangers of these sinister pepperpots strikes home — quite literally. Enjoy the time you have, fellow Earthlings, because by the mid 22nd century, we’re in for a rough go of it.

Turning back to what is possibly Terry Nation’s finest script, we look back this week on the second season of William Hartnell’s tenure as the Doctor, in “The Dalek Invasion of Earth”. We discuss the fascinating construct of the script, the attention paid to supporting cast, the trials and tribulations of the beleaguered prop department, and, of course, the farewell to Carol Ann Ford, as Susan exits (exits? no…gets locked out of) the TARDIS for the last time — on screen. It’s one of our top ten Classic Who stories, and arguably one of the best First Doctor stories overall. Feel otherwise? Well, well, yes indeed, then speak up, my good chap! 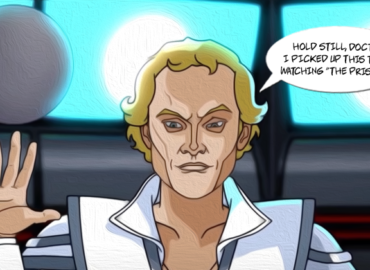 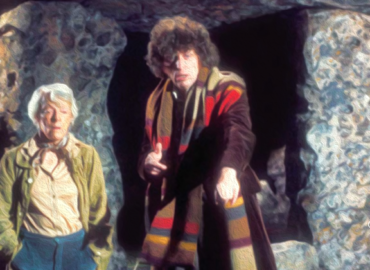 Classic Rewatch: The Stones of Blood

3 Thoughts on “Classic Rewatch: The Dalek Invasion of Earth”