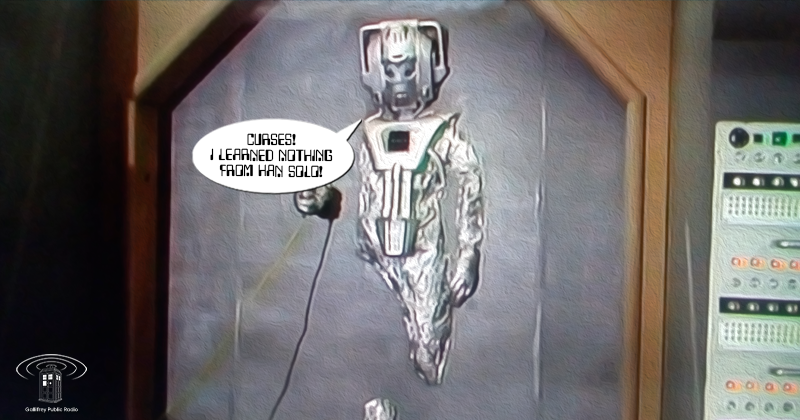 Earning your ‘Objects In Motion’ badge

Here’s proof that with the right amount of spoiler protection, you can take a pair of “modern” Whovians and surprise them with a story ending that’s almost 40 years old.

We spelunk caverns and then explore the corridors of a 26th century freighter in this 1982 nail-biter that sees the return of a certain silver menace. Julie and Haley didn’t realize that this was THAT STORY — which they knew existed but not by name — so there’s something to be said for Eric Saward’s writing in keeping those final decisions and impactful scenes from being too telegraphed.

While it’s clearly a ‘very special episode’ for one of our companions, we all agree that the balance of emotions (tempers in particular) among the TARDIS classroom are right where they ought to be at this point in their hazardous adventures. Our freighter crew is also of particular interest, so it’s rewarding to know they haven’t disembarked the TARDIS just yet. We do note that Nyssa is left with less to do than in recent jaunts, but if a “collector’s set” of Season 19 stories were being assembled, this would be Adric’s for more than the most obvious reason: Waterhouse gives one of his best performances in all four episodes.

Oh, and there’s a bit of conversation about the shortage of black paint in the Cyber-ranks. 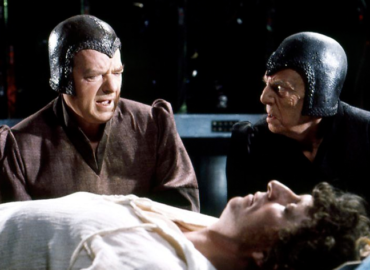 Classic Rewatch: The Keys Of Marinus