The Merriam-Webster Dictionary defines madness as ‘behavior or thinking that is very foolish or dangerous’, whereas the term eccentricity is ‘deviation from an established pattern or norm; especially odd or whimsical behavior’. With that in mind, we choose to revise the offhand way we have previously referred to one of the most iconic actors ever to portray The Doctor. With sincerest apologies to Tom Baker, we simply didn’t think that calling his Fourth Doctor merely ‘eccentric’ did him justice…but his behavior is whimsical to say the least, deviates from all patterns we could possibly expect, but is by no means foolish in his actions. He knows precisely what he’s doing, and if you’re ever so fortunate, he might even explain…some small part of it.

This week, Graeme Burke of Reality Bomb joins us as we sit back, kick our boots up onto the highest piece of furniture in the room, and enjoy the arrival of the Fourth Doctor in “Robot”. The Letts and Dicks era draws to a close, and they exeunt with a rollicking, well-paced, superbly cast (if slightly heavy-handed with the baddies) story that transitions us from the action-ready, take-charge days of Pertwee, into the unpredictable, what-in-the-world-is-he-grinning-at world of Baker. We salute Benton on his arguably finest story, watch Lis Sladen shine all the brighter in the presence of a new colleague, and wonder how much effort it took Terry Dicks to drop so much of an earlier Avengers episode into a Doctor Who script, given that “cut and paste” wasn’t available in 1974. Need a quick villain? Toss in a few fascist scientists bent on a new world order. Hey presto!

EXTRA: We reserve the right to play a little “Five Rounds Rapid” with our guest! 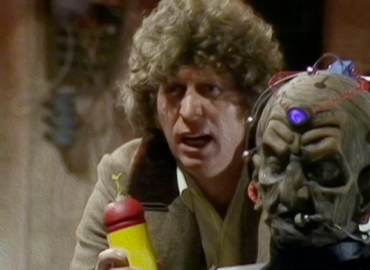 Hey, It’s (That Doctor Who Actor)! 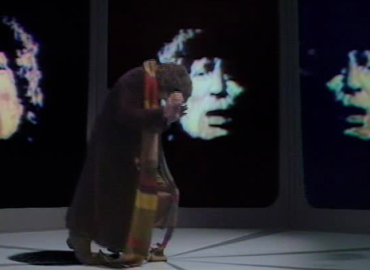 Classic Rewatch: The Face of Evil